Philadelphia has seen the signing of the Declaration of Independence, the constitutional convention of 1787, and served as the second U.S. national capital. But even if you’re not a history buff, Philadelphia offers runners some of the country’s most well-maintained parks, creek systems, towpaths, and bridges. Looking for someone to run with in Philadelphia? There are over 50 organized running clubs in the city and even more races embracing Philadelphia running.

Where to Run in Philadelphia

The Wissahickon Valley Park is among the best places to find running trails in Philadelphia. This 1,800-acre park is located in the northwest section of Philadelphia, north of Fairmount Park. Once there, you’ll find almost 50 miles of forested terrain and soft surface running trails. Due to its varied terrain, Wissahickon Valley Park is popular among hikers, walkers, mountain bikers, and trail runners.

The Schuylkill Banks Boardwalk is located on the east bank of the Schuylkill River between South and Locust Streets. It’s a scenic, 2,000-foot-long pathway that extends the Schuylkill River Trail. On any given day, you’ll find pedestrians, runners, and cyclists walking or riding on the boardwalk to take in the city’s skyline on this 1.6-mile Philadelphia running route.

To get to this route, start on the South Street Bridge and take the ramp to the paved boardwalk. Continue along the path to the Philadelphia Museum of Art. Then head back the way you came. Take a moment to explore the Azalea Garden or soak up views of Boathouse Row. The Schuylkill Banks is open year-round for walking, jogging, cycling, picnics, and dog-walking.

The Manayunk Canal Towpath is a charming section of the Schuylkill River Trail. This Philadelphia running trail affords runners approximately 2 miles of mixed boardwalk and compacted gravel. It is popular among Manayunk locals for walking, jogging, mountain-biking and nature watching. The towpath begins in the business district at Lock Street, running behind Main Street through Manayunk, and ends with a scenic wooded trail in the Shawmont neighborhood. After passing through Shawmont, you can connect back onto the Schuylkill River Trail and run all the way to Valley Forge. On your run, make sure to keep an eye out for old canal locks, locktender house ruins, old textile mills, and rail lines.

For runners looking for a respite from city streets, but don’t want to leave the city, look no further than Fairmount Park. One of the largest urban parks in the United States, Fairmount Park contains more than 9200 acres of woodland trails. With so many trails, you can run a different route every time you enter the park. One of the most popular paths is Kelly Drive Path. For a less crowded route, try Boxer’s Trail. The park is divided by the Schuylkill River into east and west sections, which you can cross at Falls Bridge, Strawberry Mansion, or Girard. If you’re coming from the Manayunk Canal Towpath, you can hop onto Main Street and continue down to the intersection of Kelly Drive to find yourself on the Fairmount Park Trail.

For an elevated run with striking skyline views, try the Ben Franklin Bridge. This run takes you to New Jersey and back for a 3-mile round trip. The Ben Franklin Bridge hosts a sky-high pedestrian walkway and takes you high above the Delaware River. Because the bridge is painted light blue, it can seem to merge with the sky during daylight hours. Don’t miss the two historic churches, St. Augustine and St. George’s, nestled at the base of the bridge. St. George’s dates to 1769 and is the oldest Methodist church in the United States. St. Augustine’s dates to 1796 and is the oldest Augustinian church in Philadelphia.

Stretching from Walnut Street to South Street, Penn Park is part of the University’s Department of Recreation and Intercollegiate Athletics program. It contains 24 acres of recreational sports fields and open space east of Penn’s main campus. Runners will enjoy the four track-like running paths surrounding turf fields, a tennis center, playing fields, and a multi-purpose stadium. After your run, check out the Cira Green rooftop park for fantastic skyline views.

This Philadelphia Park is a 700-acre, irregularly shaped park that follows the meandering path of rocky Cobbs Creek. It stretches from City Avenue in the Overbrook Park section of the city. A paved 4-mile bike trail runs from 63rd and Market streets within the park. The paved path is popular among families and cyclists. There are also seven miles of trails that wind through the woods and lead down to Cobbs Creek. This park is home to Mount Moriah Cemetery, two golf courses, three playgrounds, and an indoor skating rink.

The Delaware Canal Towpath gets its name from its historical use as a path trod by mule teams pulling cargo boats along the canal. Today, the 60-mile linear route is home to several wildlife and is used by runners, cyclists, and recreationists. The towpath runs from Easton to Bristol. It takes outdoor enthusiasts past farms, historic towns, and the Locktenders House in New Hope.

This State Park offers Philadelphia runners 1,700 acres of rural paved roads, bike paths, and equestrian and hiking trails. The park winds through Bucks County scenery made up of farmland, meadows, covered bridges, and wooded hills. For a short, steep loop, check out the Nature Trail—a more rugged trail that traverses boulders and crosses a few creeks.

Running with Friends in Philadelphia 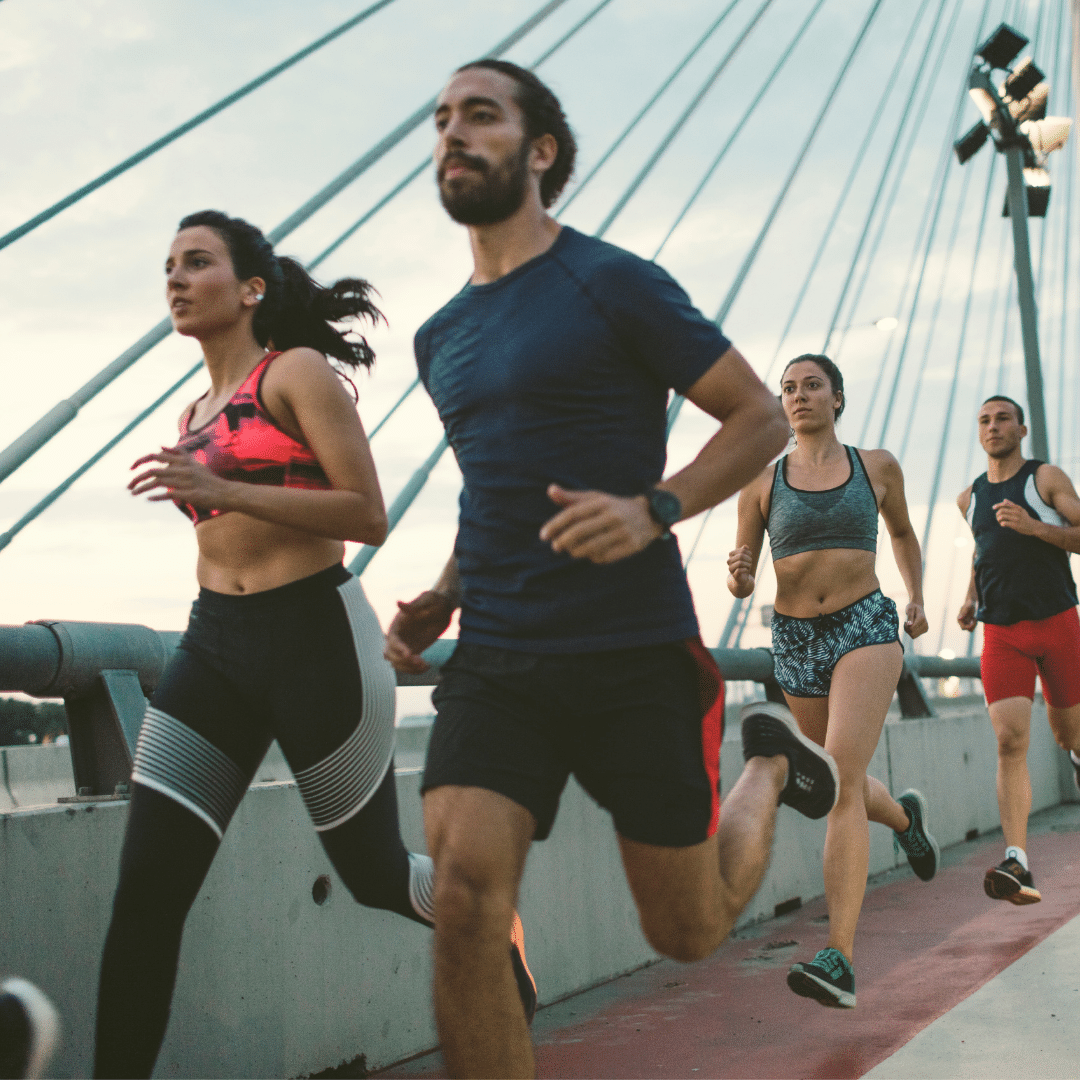 Established in March 2002, Philly Runners is an all-skills running club based in Center City, Philadelphia. The club is open to all runners with skill levels among members ranging from brand new runners to Olympic hopefuls.

This trail-loving Philadelphia running club is all about trail running. Runners meet regularly to run, socialize and refuel.

Run with a pup! This Philadelphia running club brings dogs from local shelters on group runs, giving them exercise and community exposure while they wait to be adopted.

Fairmount Running Club is a community running group in Philadelphia. Their training runs are free and open to everyone. Learn more about their running schedule on their Facebook page.

The Wissahickon Wanderers is a Philadelphia trail running club that is free and open to runners of all ability levels. This club hosts biweekly group trail runs, weekly hill repeats, and track workouts in Chestnut Hill.

If you want to connect with other runners one-on-one, check out the klubb app. The klubb app connects you with runners of similar abilities in your location. You can also use the app to easily schedule runs with the people you meet at a running club.

12 Best Things to Do in Aspen in the Summer

How to Athletic Vacation in The Hague

What to do in Taos Ski Valley 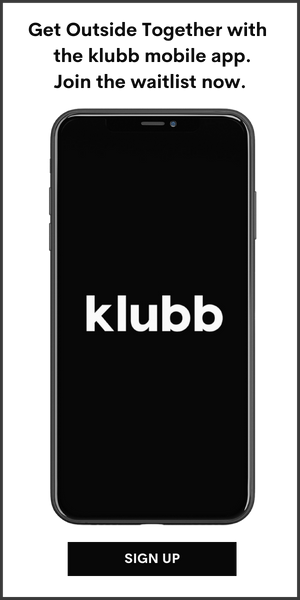